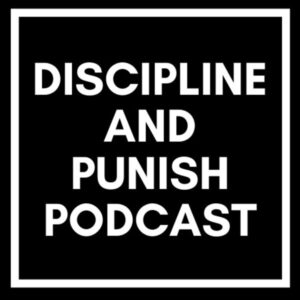 Brenda Gerber Vincent is a former Deputy Finance Director for the “Mike Pence for Indiana” campaign and later served as First Lady Karen Pence’s Chief of Staff. Currently, she works to bring economic opportunity to the greater Ft. Wayne Indiana area. We talk about our shared experience at the Aspen Institute’s Socrates Program earlier this year and how she is leveraging what she learned to bring change to her community.

Brenda has a history of taking on bold projects. As a commissioner for Indiana’s bicentennial celebration, she oversaw statewide bicentennial projects including Hoosier Homecoming, the Bicentennial Gala, and Ignite the Future, all designed to showcase Hoosier pride. Given an initial goal of 200 projects, the committee eventually endorsed more than 1,500 projects in communities around the state. She was the only representative from northeast Indiana appointed to the Opportunity Zones Task Force, a federal initiative to bring private-sector investments to low-income areas.

A fourth-generation Fort Wayne native, Brenda serves on the board of directors for the Parkview Regional Medical Center, as well as the Carriage House, a local nonprofit she co-founded in 1997 that helps people recover from mental illness and reintegrate into the community. She is also on the board of governors for the Richard G. Lugar Excellence in Public Service Series, a national leadership program that prepares women for service in public office.

In 2018, Brenda earned the Indiana Commission on Women’s prestigious “Heart of Indiana – Torchbearer Award.” In 2016, she received the Sagamore of the Wabash, Indiana’s highest civilian honor.

Brenda served both Governor Pence and First Lady Karen Pence of Indiana.  She served as the Deputy Finance Director for the “Mike Pence for Indiana” campaign and as the First Lady’s Chief of Staff.  Brenda was selected to serve on both the 2012 & 2016 Statewide GOP Platform Committees, and has twice been elected as a Delegate to the GOP State Convention.

Brenda served as a Governor appointed, Indiana Bicentennial Commissioner, and serves on numerous boards including, The Board of Governors for the Richard G. Lugar Excellence in Public Service Series, The Carriage House, First Lady’s Charitable Foundation, and the “100+ Women Who Care” Steering Committee.  In December 2016 Brenda was awarded the “Sagamore of the Wabash” – Indiana’s highest civilian honor.

Brenda is proud to be a fourth generation Fort Wayne native.  She received her bachelor’s degree from Indiana University, where she continues to serve on the Indiana University Board of Associates for the Student Foundation.  Besides her husband and children, she considers her single greatest achievement co-founding the Carriage House—a psychosocial rehabilitation facility established to restore seriously mentally ill persons to maximum social and employment functioning.