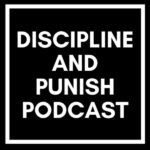 The Discipline and Punish Podcast
E21: The Agony and the Ecstasy of #METOO: Finding Justice Following a Sex Crime (w/ Guy Hamilton-Smith)

On this episode, Guy Hamilton-Smith and I discuss sex crimes, his experience as a victim and an offender, the origins of the #metoo movement, how the U.S. manages sex related offenses, obstacles to achieving justice for victims of sex crimes, and how to improve the system.

Bio: Hamilton-Smith advocates for better mechanisms of accountability in our society. Victims are often and easily forgotten and neglected by our justice system. To compensate, the state offers more punishment as opposed to holding more wrongdoers to account. Such a bargain has not seen more accountability for those who cause harm, nor more equity for victims, but only a relatively unchecked expansion of state authority which has been purchased with a disregard for constitutional principles and human rights. While perhaps most would be fine with such a sacrifice if it meant we built safer communities, evidence indicates that this is not the case.

Many have considered the conversation sparked by #MeToo as a necessary and overdue interrogation of not only the spectre of common sexual harms in American society, but also the inadequacy of traditional mechanisms of accountability. Against this backdrop, smaller-scale flashpoints have erupted over perceived inadequacy of punishment, such as the successful campaign to recall California judge Aaron Persky from the bench over what many saw as leniency in the widely-publicized case of People v. Turner. This paper analyzes the complex relationship between #MeToo and the carceral state. In arguably the most punitive nation on the planet— particularly when considering the breadth and scope of public post- conviction registries—I argue that seeking to address broad and systemic failures of accountability by advocating for more severe punishment paradoxically undermines the larger goals of #MetToo to the extent that those goals are concerned with effectively challenging systems that perpetuate sexual harms. An approach that harmonizes efforts to prevent sexual harms and bring those who cause harm to account without endorsement of carceral politics is explored.